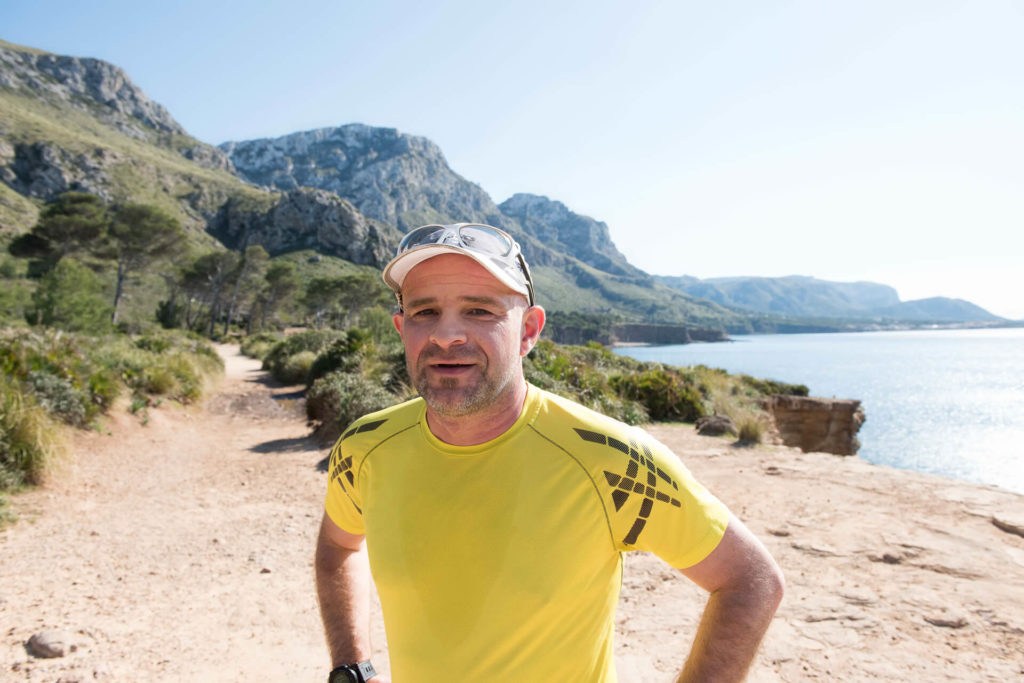 “I look for adventure when I run.”

Frank runs for his mind, spirit and soul.

He’s not chasing the best times – for him it’s about something else: Frank Bauknecht is looking for adventure when he runs and is always discovering new trails.

Eight stages. 268 kilometers. 16,300 meters of elevation gain. The longest stage was almost 50 kilometers. An alarming view of a mountain range is followed by a breathtaking view after the ascent: a view of an Alpine panorama framed by the clouds. Narrow mountain passes place demands on the runners in every possible way. Doubt surfaces again and again, following by amazing moments. 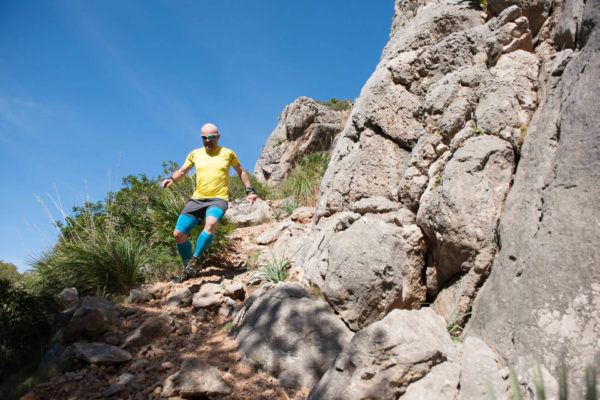 This is the Transalpine Run. Experiences like this change a runner’s soul. “These impressions keep working inside you for months after the event,” explains Frank Bauknecht. The intense moments from the 2014 Transalpine Run also changed him. Afterwards he was a different runner – it had sparked even more passion inside him. Over the course of seven days, the runners not only conquer the Alps, but also overcome their personal limits: over 15,000 meters of elevation gain in eight stages from Ruhpolding in Bavaria to Sexten, South Tyrol in Italy  – an unbelievable achievement.

When Frank Bauknecht set off on the 10th Transalpine Run in 2014 – his first event of this kind – he was fulfilling a dream. The race placed many demands on him, but gave him some unforgettable moments in return. The route crossed mountain passes at altitudes of up to 3,000 meters and went through magnificent valleys and right across the main ridge of the Alps.

It was one of my best and yet most intense running experiences ever.

Looking back, Frank explains: “This feeling, just going outside and setting off, running up a mountain and not knowing what it looks like on top or even on the other side of the mountain – this is what has been driving me ever since.” This year, in September 2017, Frank is repeating this adventure: the Transalpine Run. But how did he actually start running? “You grow into it,” explains Frank. He started for the same reason as many – he was looking to strike a balance with his job and everyday life, while also wanting to avoid becoming more and more inactive as he aged. “I want to stay fit.” The 46-year-old is now a keen amateur runner and, while he’s not chasing after world records, he is without doubt absolutely passionate about running.

Frank Bauknecht lives in the perfect place for his passion: near Stuttgart, right on the edge of the Swabian Jura, with the mountain range virtually at his front door. He can therefore often be found out on the trails. Striving to find new routes is his motivation to lace up his running shoes again and again and get running. “I go outside and always decide there and then: to the left or to the right – I follow my instincts,” says Frank. He is not the type of runner who studies maps at home and looks for the perfect trail in advance. Frank doesn’t plan, he just runs on: “I often forget about the time when I’m running too, I’m lost in my thoughts and just enjoying the natural environment, and suddenly two hours have passed.” His eyes light up as he talks and his passion for running is unmissable.

Variety is the crucial factor

It is often important for a passionate runner to introduce variety: sometimes short and fast, sometimes long and slow, sometimes high and steep. This is also true for Frank: “I like to run different routes, discover trails – that’s what excites me and what is also best for my body.” In a sense, this variety has become his running philosophy. For him, this also means taking part in very different competitions. Sometimes he does local ten-kilometer races, sometimes a half-marathon – but his priority is always enjoying the event. When he runs in his local area, he enjoys seeing people he has known for a long time. The Majorca marathon in October is also a particularly nice way for Frank to finish the season and has virtually become a tradition. And a competition like the Transalpine Run, which he ran in 2014 and is planning to run again this year, is a highlight. He is sure of one thing above all:

Something is missing without running! 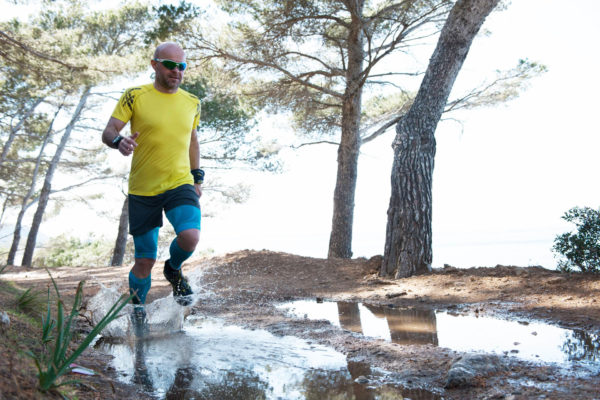 The perfect run – does it exist?

For Frank Bauknecht perfect runs do exist: “When I’m on vacation and running along the coast of the Mediterranean Sea – that’s perfect. When I reach the summit on a trail run – that’s perfect. When I’m the first to leave footprints in fresh snow – that’s perfect.” Frank has a tip for appreciating and soaking up running experiences like this: “Sometimes you have to stand still when you’re out for a run, enjoy the moment, and consciously appreciate the magic of the situation.” This is what makes running so incredibly wonderful for Frank Bauknecht and these are the moments that give him strength – to experience the Transalpine Run, for example. Always on the search for #myperfecttrail.